Even in the middle of the video game crash, there were still some pretty cool games that came out.

Duck Hunt was a light gun game for the NES in which you shoot down ducks as your hunting dog flushes them out of the brush. If you are lacking in marksmanship, the dog will laugh at your incompetence.

Everyone hates that dog. In fact, most players tried in vain to shoot the little rascal. 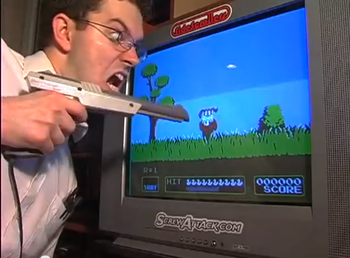 Elite was a tremendously innovative space-trading game. It included 3D graphics and an open-ended world to explore. Elite went on to influence many other games and was followed up by Elite: Dangerous exactly 30 years later.

I, Robot, no relation to the book by Isaac Asimov, was an arcade multi-directional shooter/platformer created by Dave Theurer and published by Atari. In it, the player takes the role of a robot that’s rebelling against Big Brother. You must destroy Big Brother’s eye and shield to defeat him. I, Robot is notable for being the first video game with filled 3D polygonal graphics with shading, as well as the first video game with camera control options (2D graphics can only be viewed from one perspective, but 3D graphics make different camera angles possible). The game was very quirky, to say the least. It didn’t sell well at all, and was called a “near-miss” by most critics.

Here’s a video of me playing:

In this game you must fight through a series of opponents one-on-one. The game is technically a beat-em-up, but it plays like a fighter where you physically move to the next stage. This is a feature that almost no other fighting games have; usually you just teleport to a different location that’s there only for variety’s sake. This alone makes Karateka an innovative game.

Karateka was remade in 2012 with updated graphics and streamlined controls. 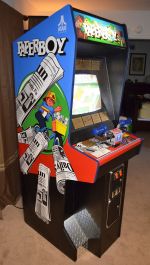 Paperboy was another interesting game by Dave Ralston. You control a paperboy who delivers newspapers to houses on the street. Along the way you’ll meet an assortment of wacky characters, including sentient tires out to get you and even Death himself. Paperboy used a unique bicycle handle-shaped controller, which was a modified version of the controller used for the Star Wars arcade game.

The protagonist must deliver newspapers to customers, but must not deliver papers to non-customers. Every customer’s house is light-colored and inviting, whereas everyone without a subscription has a dark and dreary house, often with a welcome mat that says “Get lost!” In Las Vegas, on the corner of Viking and Eastern Avenue, there’s a house that reminds me of those dark houses. I can’t help but think of Paperboy every time I see it. 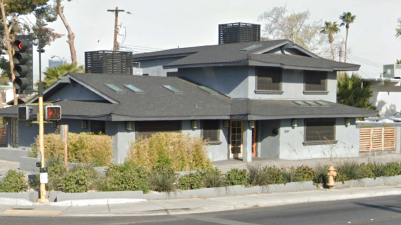 Paperboy was a decent success, and was ported to the NES where it enjoyed even greater popularity. The bicycle takes some time getting used to, and even then it tends to be finicky. But there’s no denying the novelty of the setup.

Pitfall was a tour-de-force for the Atari VCS by Activision (by David Crane specifically.) It was not the first platformer, but it was the first action-adventure platformer that most players knew. With Pitfall II Activision went all-out. Not only was it bigger and better, but you could actually see your goal from the very start of the game. There was a huge world to get lost in and the cartridge included its own sound-chip for a sophisticated (for Atari) soundtrack. The world of Pitfall II was stuffed full of new enemies, objects, treasures, things to interact with, and even fellow archaeologists in need of rescue. The timer was removed so that the player could explore the world at their leisure. And the world actually had a map this time rather than each screen being randomly called from a bank of possible screens.

I wanted to do a speedrun of Pitfall II just for show and I got pretty close to the world record of 5:26. If not for the lag spike in the middle, my time would have been even lower. Oh well.