“Invitation to Reclusion at Jingxi,” 1611

Dǒng Qíchāng was perhaps the most prolific and well-known painter of the Ming Dynasty. His style favored expression over accuracy, best typified by his many landscape paintings such as “Autumn Mountains.” Dǒng Qíchāng was also a noted calligrapher and his cursive/semi-cursive style is instantly recognizable even to non-Chinese readers. As with many renowned artists, however, his private life was not without public outcry. Dǒng Qíchāng often fought with his students and beat women, for which offenses his house was burned down by an angry mob. It is with great blessing that Dǒng Qíchāng’s works were allowed to survive and continue to inspire artists today. Legend has it that Miyamoto Shigeru was so enamored with the works of Dǒng Qíchāng that he decided to name his first arcade game after the famous artist, but was forced to rename the game Donkey Kong so as to avoid controversy in China. Everything in this paragraph is true

except for the part about Miyamoto. Anyhoo, Nintendo, like many other companies such as Coleco and Sega, made the transition from toy company to arcade game company in the 1970s. It had been struggling since 1963 to gain a foothold in any of the markets it tested out. Finally they found marginal success in making home games including the こうせんじゅう (Kousenjyuu) series of light gun games. Eventually Nintendo was in dire straits and was depending on a licensing deal for a game based on Popeye, which then fell through. Nintendo’s previous efforts to break into the North American market culminated in Radar Scope, which was a massive flop. They needed a hit to stay alive. That hit came in Donkey Kong.

Donkey Kong was the first true platformer and the game that would ensure Nintendo’s continued survival in the industry. Putting the company’s future on the line, the president asked a young industrial engineer named Miyamoto Shigeru (mirror) to develop a successful arcade title. He reskinned the project that was to be a Popeye adaptation. Miyamoto changed Bluto to Donkey Kong, who was the abused pet of the careless hero. The protagonist was made into a carpenter originally named Oss-san (“middle-aged man) and later named “Jumpman,” a reflection of his jumping abilities. His role in the game was to save his kidnapped girlfriend Pauline. This was the first time a video game’s story was thought out before the programming commenced. Since the ape was the strongest character, Miyamoto decided to name the game after him. The explanations behind the name vary, but the most popular assertion is that “donkey” appeared in a Japanese-English dictionary as a synonym for “foolish,” i.e. asinine. “Kong” is slang for “gorilla,” like in “King Kong.”As with a great many works of fiction the bad guy was the star of the show. Oh yes, the show. You see, licensing has always been hot and the folks at Hanna-Barbera saw fit to adapt several game properties for animation. 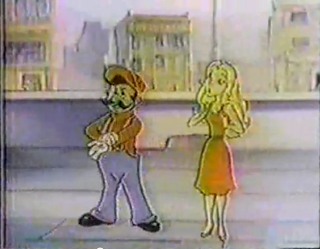 The story of Donkey Kong is utterly simple by today’s standards, but back in 1981 having any story at all was seen as a bonus. Jumpman, renamed Mario by Nintendo of America after their landlord, kicked off the story by mistreating his pet ape DK, who then kidnapped Jumpman’s girlfriend Pauline. This was the first instance of the “Damsel in Distress” story arc in gaming, which would serve as the plot setup for dozens of games written by talent-less hacks. The plot of DK was illustrated with cutscenes just as with Pac-Man. What it added to the tradition, though, was the first opening cutscene. Right from the start the player’s attention was grabbed. Subsequent cutscenes would then move along the plot, provided you survived to see them.

“How high can you get?” the opening screen asks you. Usually the answer is “Not very far,” since DK is one of the most difficult games ever made. Among non-experienced players, the average life lasts about thirty seconds. Despite the crushing difficulty, however, DK quickly became a much-loved game and even a gaming icon in the vein of Pac-Man. So, just how difficult is it? Observe.

A score of 12,100 ought to seem respectable, especially considering the insanely high difficulty of the game. That is, until you consider that the high score is currently at 1,138,600 set by Hank Chien. The original high score was held for 23 years by Billy Mitchell, but it eventually came out that he was a serial-cheater. There is a very interesting documentary called “The King of Kong: A Fistful of Quarters” which shows the rivalry between Mitchell and newcomer Steve Wiebe, several years before anyone knew that Mitchell was a cheater.

Let’s get back to the game itself, though. Nintendo’s senior engineer Yokoi Gunpei  was assigned to program the game because Miyamoto was not a programmer; he was a toy designer. Seriously. What Miyamoto had was the imagination to conceive a true classic. Yokoi had to tone down his initial ideas because they were too complex. As it is, DK was the most complexly constructed game of the time, with its levels being various combinations of the first four screens for a richly diverse environment.

The Nintendo boss Yamauchi liked the game but Nintendo of America wasn’t as enthusiastic. They thought that the game was undesirable because it was different from other games of the time. The NoA boss Arakawa Minoru liked it and convinced them to give the game a shot. The staff then translated the game and Americanized the names. When the game was released it proved to be so popular that NoA had to order motherboards from Japan and put them in Radar Scope cabinets in order to ship them out. Eventually NoA had to manufacture the boards themselves in order to keep up with demand. Soon DK broke out of arcades and into the home.

Donkey Kong was licensed to more than 50 parties. It was on the Colecovision. It was on the Atari 2600, and it looked just as bad as you’d imagine. Everyone was starting to take notice. And I mean everyone, including Universal Pictures, who took Nintendo to court. Universal Studios president Sid Sheinberg wanted to get into the video game market because that’s what all the cool kids were doing. He thought that DK infringed on “King Kong” and sent Nintendo as well as their licensees cease-and-desist letters. All licensees except for Milton Bradley and Ralston Purina agreed to pay royalties to Universal. Nintendo was represented in court by John Kirby who pointed out that Universal stated in a previous case that “King Kong” was in the public domain. 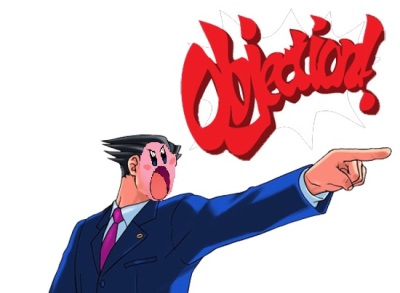 The judge ruled in Nintendo’s favor, saying that there’s no way anyone could confuse DK with KK. This was an important victory for Nintendo, especially since by this point they had already made Donkey Kong, Jr.; Mario Bros, and the nebulous Donkey Kong Jr. Math. If not for such a victory, how would we get along? I don’t think that I could live in a world without the educational yet allegedly fun gameplay that DKJM has to offer

Donkey Kong was later ported to the Famicom/Nintendo Entertainment System, the Game Boy Advance, and most recently the Switch–as well as being licensed to several other non-Nintendo systems. The game can be purchased for the Switch here. If you own a Donkey Kong arcade cabinet you can download a backup for your rom here and run it with MAME.